By itself, it is a compelling and worthy goal. But not nearly enough in my estimation. That cannot be the end of the story. The question left hanging on the cliff of history is a simple one; ‘and then what?’

What will you do with all the resources and influence you will have amassed to yourselves?

To answer this question effectively, it is necessary to provide context as to who the ‘yourselves’ are in this story, and that answer is explicit in our mission statement.

‘Our mission is to ensure young talented Africans have a chance at participating in the digital transformation of Africa as Creators and Owners.’

The intrepid heroes in this adventure are the talented college graduates we absorb into our Innovation Fellowship program and the young professionals joining our venture building quest.

Innovation Fellows work on projects from idea to traction, at which point the newly minted startups need more experienced talent to come on board to help progress them forward. That, in a nutshell, is our venture building thesis, and it appears to be working.

That we live in the Techpreneur age is an inarguable fact. Tech entrepreneurs are the emperors of our day, made so by the totality by which their ventures can come to dominate entire markets accruing astounding levels of wealth and influence to their founders, with a speed and scale unlike any other in the history of commerce.

Examples abound, but none as compelling as the Paypal Mafia, who count amongst their number, the premier example of Entrepreneur as Emperor of our time, Elon Musk.

The phenomenon of the globally influential entrepreneur who has made his fortune riding the IT revolution is common lore in the global collective consciousness. Bill Gates, Jeff Bezos, the late great Steve Jobs etc

It is said by those who ponder more deeply on these matters that we have arrived at the age of the business mogul as statesman. The suggestion is that going forward captains of industry will become central actors in the public domain, upstaging career politicians who dominated the 20th century and who themselves had replaced the military leaders of the 19th century. Napoleon to Churchill to Elon.

With these winds of change in mind, we at Impact Africa Network are making our move to catch the wave that will define our times, to ride it onto the beaches of destiny with a singular intent of catalyzing societal transformation.

The ethos that defines our culture is anchored in a belief that we are here to make a difference.

Everything we do is informed by this singular belief, and from that vantage point we view entrepreneurship as providing us with a trifecta of advantages; i) a conduit for improving human wellbeing, ii) a resource for accruing economic power, iii) a crucible for cultivating leaders capable of catalyzing scalable change-in our communities.

Leaders are the linchpins of change, the steady masthead upon which the sails of hope can be draped, to drag vessels loaded with dreams of entire nations to promised lands.

Africa’s failing has been a dearth of effective leadership, and even when promising debutants have appeared on the landscape, they have been lone voices in the wilderness, bereft of resources and the vital networks necessary for driving change. Vulnerable as such, these shoots of hope have been quickly stumped out by the rapacious hordes invested in maintaining a corrupt, self enriching status quos.

10 10 10 will yield a network of economically empowered, influential, capable leaders chomping at the bit to take the skills honed through venture building into public life. Bitten by the bug of improving things, they will be incapable of settling for anything less than the best, and they will have the resources and networks to move the needle.

My calling in life is to enhance human wellbeing. My field of operations is venture building in Africa, the ultimate output of which is developing transformational leaders. This is why our core organizational philosophy is to create what we call Innovation Leaders.

Fortunately, history provides us a blueprint of one such individual who combined an unwavering passion for improving the human condition, with innovative thinking, strategic nous, and towering grit that would leave the best entrepreneurs sucking wind. This once in a generation leader added deft nation building skills to his arsenal to lead his country from a hemmed in, 3rd world malaria infested backwater to a first world nation in under four decades.

Lee Kuan Yew, the legendary founding father of Singapore is nothing short of a national entrepreneur extraordinaire, a pioneer, a category creator. Singapore was his startup, he built a stellar team, found product market fit with his citizens as customer, attracted foreign investors and proceeded to build a nation that is the envy of the world.

Mr. Lee was the inspiration for one Deng Xiaoping, the other one of a kind leader responsible for kickstarting the Chinese economic miracle.

We believe the Innovation Leaders we are developing at Impact Africa Network will do the same here. I have made it a practice to make it unequivocally clear to everyone within earshot that this is what we are working on here.

Support the cause through a monthly recurring donation ($30 or more) via our micro-donations platform.

Join these amazing tech leaders in our 100 Founders Challenge 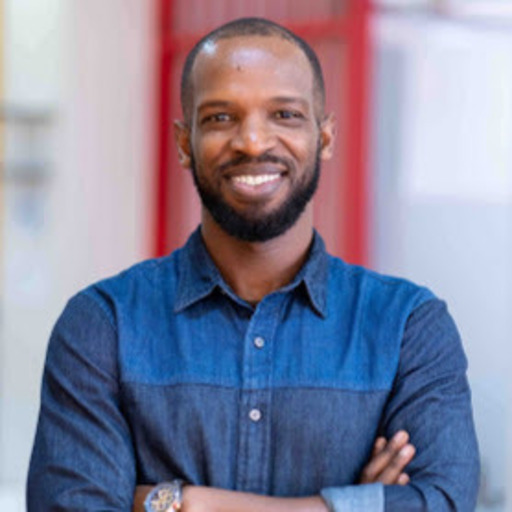 Sign up to receive updates, news, events and opportunities in the venture capital & startup ecosystem

Your details were submitted successfully, you have been added to our list!!!